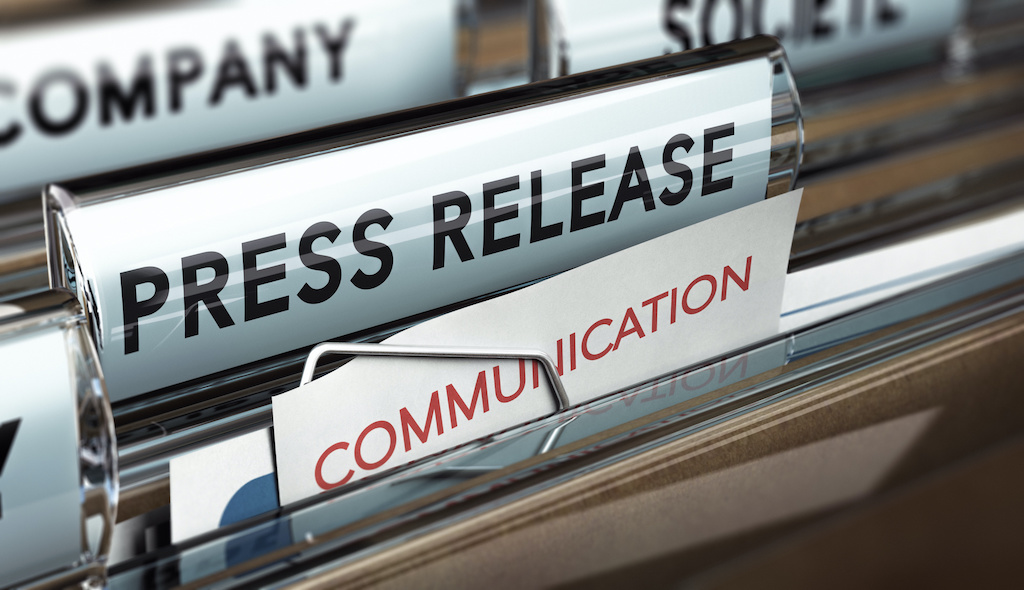 Nearly two-thirds of Americans report that they view the news at least several times a day.

Many people like to stay up to date with companies and businesses by following them on social media. What if you have a huge announcement to make? Maybe a social media post is not enough.

Why Write a Press Release?

A press release is written when you want to share important information or news about your company. When your company writes a press release, you want it to be about something newsworthy that will capture attention.

After you write the press release, you can send it to a media list. The goal is for a media outlet to use your press release and publish a news story about your company.

Tips for Writing a Press Release

Research shows that nearly 59% of shared links on social media are not even clicked on. This shows that the majority of people are sharing links based on whether or not the headlines are interesting.

We are consuming news through so many different sources: social media, smartphone news apps, though our TVs. You need a headline that will stand out and capture the attention of your audience.

2. Include Important Info in the Lead Paragraph

The lead paragraph is going to be one of the main parts of your press release. This is where you write the Who, What, When, Where, and Why of your news story.

Consider all the press releases that journalists or media outlets receive. You want to showcase the important details of your announcement upfront in the lead paragraph.

3. Keep It Within a Page Long

Remember that you’re writing a press release, not a long form blog post. Generally, you want to keep your press release to about a page in length.

There are a few different reasons why a business would want to write a press release.

A press release is a great way to officially announce the details of your new product.

If you’re a new business, you might want to write a press release to announce your grand opening. Or, if you’re opening a new location, you can also write about the details of your new location.

Your Business Won an Award or Achievement

Did your business win a prestigious award? Or maybe an employee won a major award that is relevant to your business. You can share the news through a press release.

Is your company hosting a major event, and you want to get the word out? You can write the details of the event in a press release and spread the word by sharing it with your media list.

Another news you might want to share is a leadership change. Maybe your company has a new president.

When writing a press release, you should include relevant quotes. Journalists may end up using your quote if they write a news article based on your press release.

6. Include a Call to Action

If you have a contest, you can direct your readers to the contest rules or the sign-up link.

When considering who to send your press release to, you should build a list of media contacts. You want to find journalists who would be interested in your story.

You don’t want to waste time sending out a press release to every single industry and news outlet. You want media contacts that are relevant to your industry.

After you create a media list, you can craft a press release pitch email to send to them.

A well-crafted press release can be a great marketing tool and help spread important announcements about your company.

When writing a press release, you do want to make sure you have a clear goal in mind as well as a target audience.

Want to learn more marketing tips for your business? Check out more articles in our blog.

Next post How to Negotiate Price with a Homeowner

Steps and Ways to Help Your Church Grow Naturally

A Short Guide to Social Media for Business